Italian DXpedition Team (IDT) makes several DXpeditions every year, and has done so since 2000. They usually shoot some videos of their activities, and recently they have been making impressive aerial videos using drones.

The team manager, Mr. Silvano Borsa, I2YSB, does almost everything himself—filming, editing, and uploading videos onto the website. Of course, he is a great DX-peditioner, but recently he has been spending most of his time shooting instead of operating. He is really dedicated to videos.

The videos are also posted on the IDT official website, but because the posed place is somewhat hard to find, one of the members launched a special website. Take a look at them at the URL below! 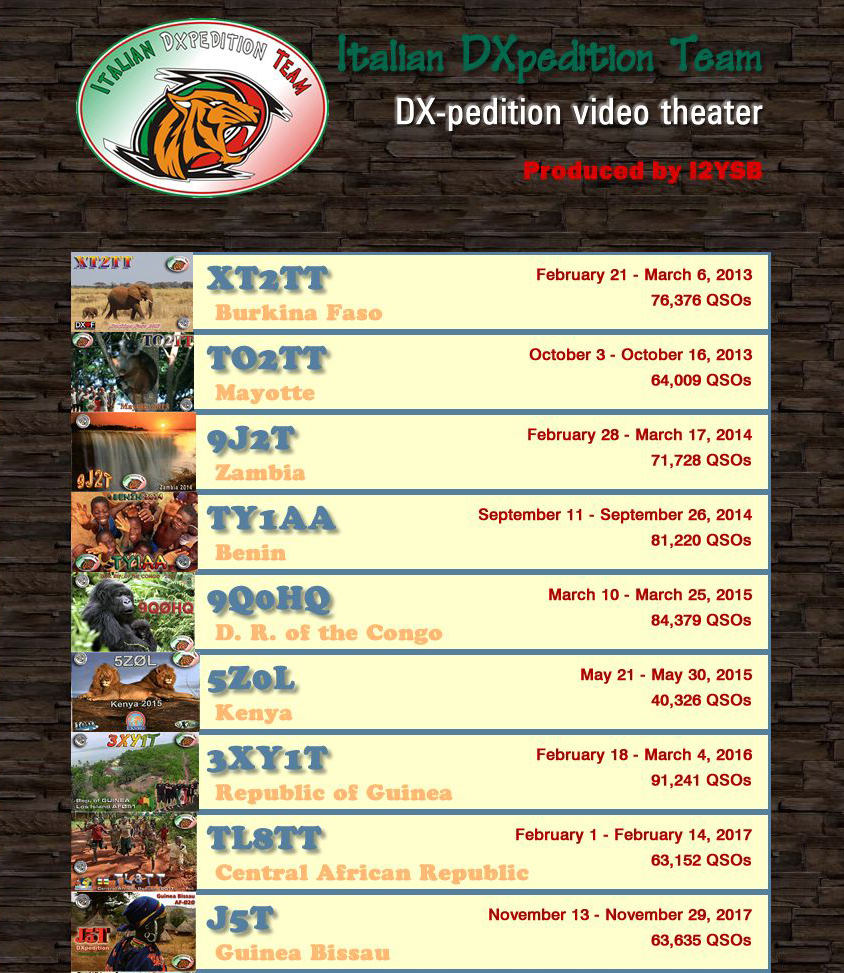 When Silvano was operating a drone, the police came and confiscated his drone. They promised him that they would return it to him when he leaves the country. All the members of IDT were anxious about it, but on the departure day, a police officer brought it to the airport and handed to him as promised.

The drone IDT uses has a built-in GPS receiver, and it can automatically detect an airport nearby so that the drone does not take off. While they were in Guinea, the drone absolutely did not take off, even though there were no airports around. That was very strange. After looking it up, there used to be an airport that is no longer on maps. The drone still remembered the airport that everyone had completely forgotten.