How to operate the IC-705 with a desktop microphone

While I enjoy operating the IC-705 with the HM-243 microphone that comes with the IC-705, I wanted to try operating with other microphones, because when operating on the DV mode, I was worried about the difference in sound of handheld transceivers such as the ID-31 or ID-51. Also, in order to use a desktop microphone when operating for a long period of time at home, I conducted an experiment to find out whether a home-made conversion cable can be used instead of the HM-243.

Microphone Jack of the IC-705

4-pin plug is used for the IC-705 microphone jack, as shown below. 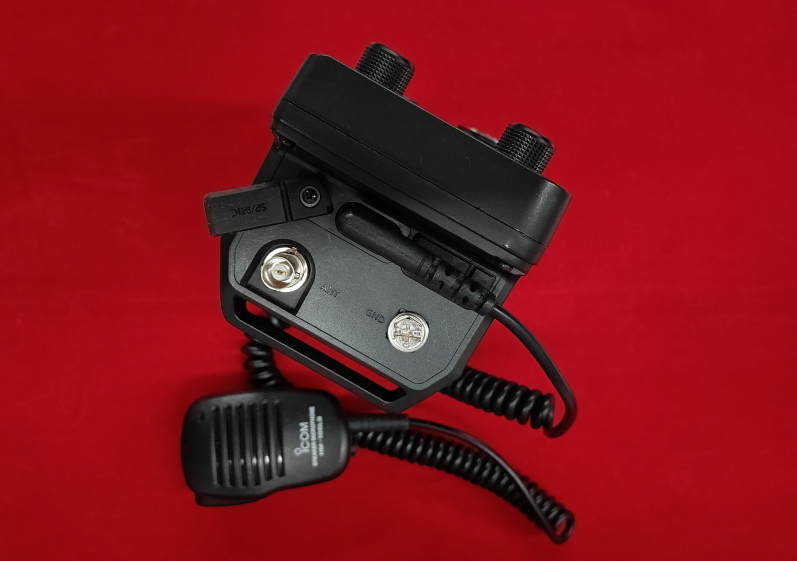 An HM-186LS speaker-microphone for handheld transceivers is connected to the IC-705. 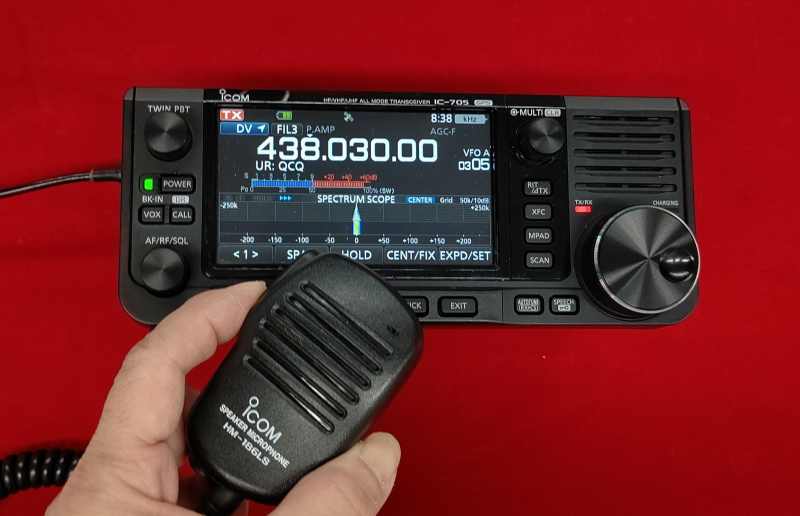 Moreover, when connecting a microphone other than the standard HM-243, UP/DN keys on the connected MIC cannot be used.

I purchased the necessary parts at a shop in Osaka’s Nipponbashi electric town, then made this conversion cable. 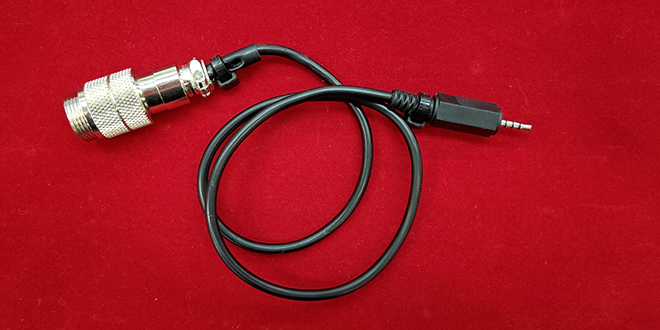 To use an Icom desktop microphone, it is necessary to switch「MIC terminal 8V output」 to 「ON」in the IC-705 Set menu. 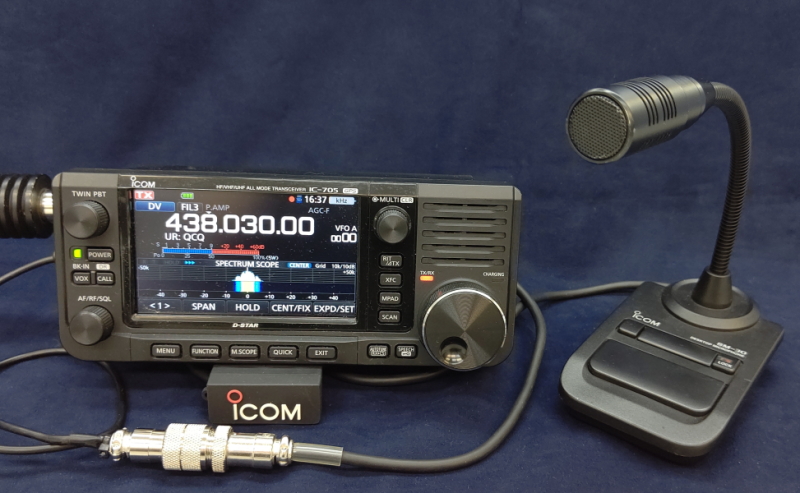 Connecting the completed home-made conversion cable to the SM-30 and trying on transmitting.