Castle 6. Izushi castle ... Defeated by the Weather and Covid

I was scheduled to go to Izushi castle the second week of August to operate ham radio, but typhoon #9 hit the whole Kansai area. For the next three weeks, we had nothing but heavy rain and wind, and there were landslide alerts posted, again making a visit to operate impossible. The route from my house to Izushi castle uses a combination of freeway and mountain roads, and the threat of landslides was enough to keep me from going, even after the rains finally stopped. However, since I had visited Izushi castle last year, and took pictures, and mentioned it in several JACOTA articles since then, I wanted to at least present the castle to you. It is one of my favorite castles, and I will be going back again as soon as it is safe from the weather and the Covid situation. More on that at the bottom of this article. So, for now, please enjoy reading and learning about Izushi castle.

I visited Izushi castle at the end of last year, a week or so after a snow storm went through the surrounding area. The route to Izushi had snow on the sides of the road, and the castle grounds were still covered with some snow, although a lot of it had melted. It was still quite cold, and therefore there were few visitors besides me. Izushi is an old samurai town that is now famous for Izushi soba...a bowl of buckwheat noodles in a broth. There are a lot of other historical sites in the town, but I was focused on the castle.

After the Battle of Sekigahara (1600), the political climate became significantly more stable and there were no more local battles. Because of this, Koide Yoshihide, decided to fortify the area around the foot of his mountaintop castle, Arikoyama Castle, and built Izushi Castle in 1605. Arikoyama Castle was abandoned, and Izushi Castle became the main castle for the Tajima Domain under the one castle per country law. A main keep was never built at Izushi Castle, but it was well fortified with several baileys, moats, and yagura. Four main baileys start at the base of the mountain and go up in steps. The highest bailey, Inari Kuruwa, is thought to have been the location of the lord's palace for Arikoyama Castle. The castle town was also designed for defense of the castle. The samurai quarters surround the outside of the castle, and several temples were strategically placed near main roads and entrances that could also be used for defense if needed. The Koide ruled until 1697, when Izushi was transferred to the Matsudaira who ruled until 1706. In 1706 Matsudaira Tadanori was transferred to Ueda Castle and Sengoku Masaaki, lord of Ueda Castle, was moved to Izushi Castle. The Sengoku clan continued to rule over Izushi Castle until the Meiji Restoration. (History courtesy of Jcastle at http://jcastle.info)

This is the main bridge that leads to the entrance of the castle grounds. There is no “office” or information center at the castle, but you can get a brochure from the parking lot office. The grounds are basically accessible all the time, it seems. 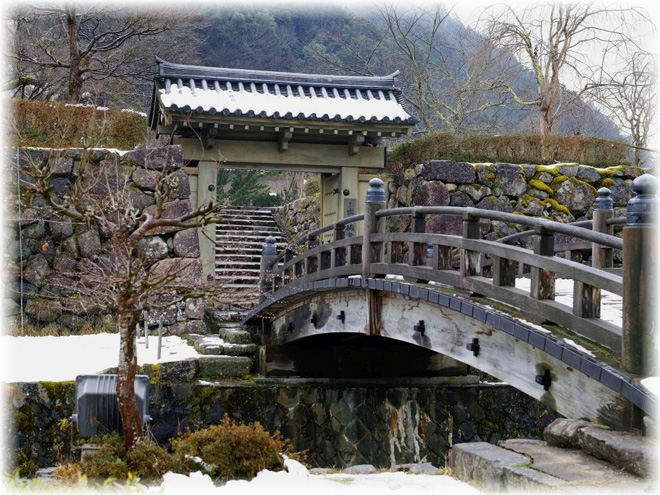 Just inside the main gate entrance is the first bailey, with a view of the main Yagura. To the left are some gravestones. The massive walls of the second and third baileys are very impressive. 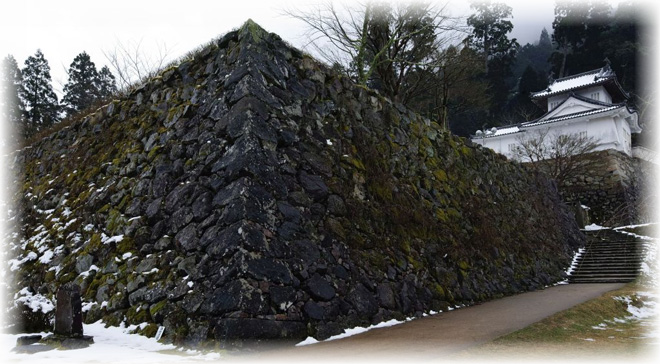 This is a large gravestone, with the back facing to the parking lot past the bridge. I am not sure who is buried here, but it is the largest headstone on the castle grounds and is probably one of a very important persons associated with the castle. 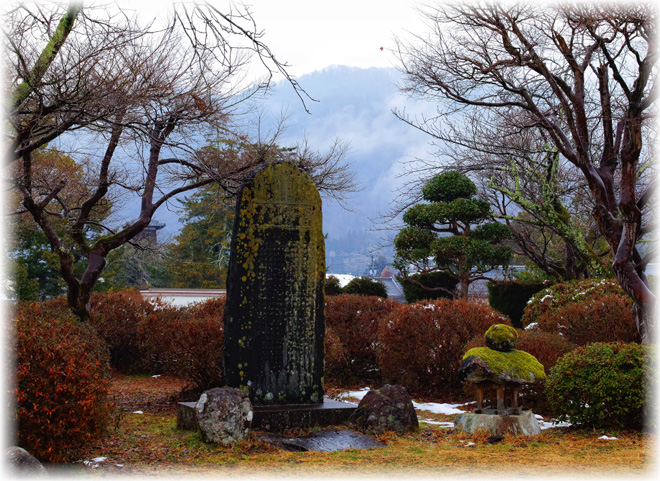 The main Yagura sits on the third bailey and is quite impressive. Behind the yagura is a small shrine. The trail continues all the way up to a place where you can enter the bailey and visit the small shrine and yagura. The moss on the Ishigaki (stone wall) is very impressive and colorful. 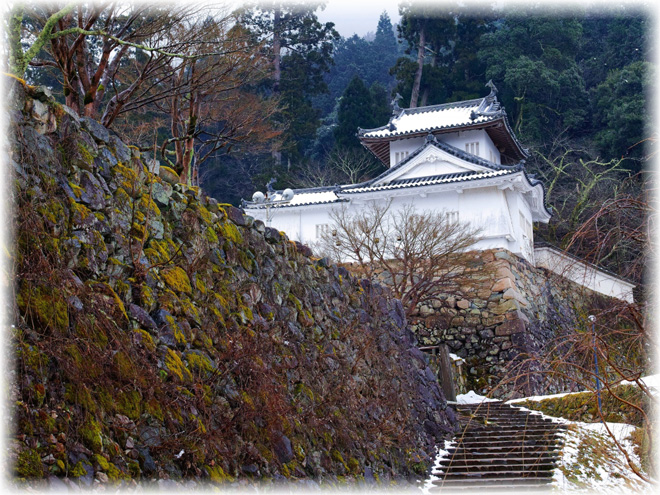 This is a closer look at the main Yagura and the walls around the third bailey of the castle. The picture was taken from a lower bailey. The yagura is not open to the public, or at least it was not open when I visited the castle. 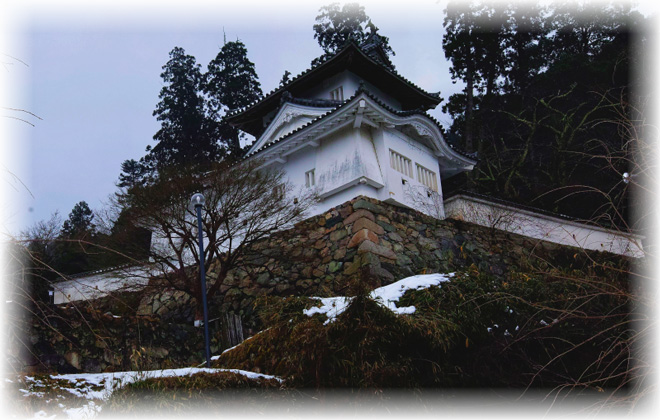 This picture shows the Yagura in its best form. It is one of my favorite pictures of castles, and the best of Izushi castle, I think. 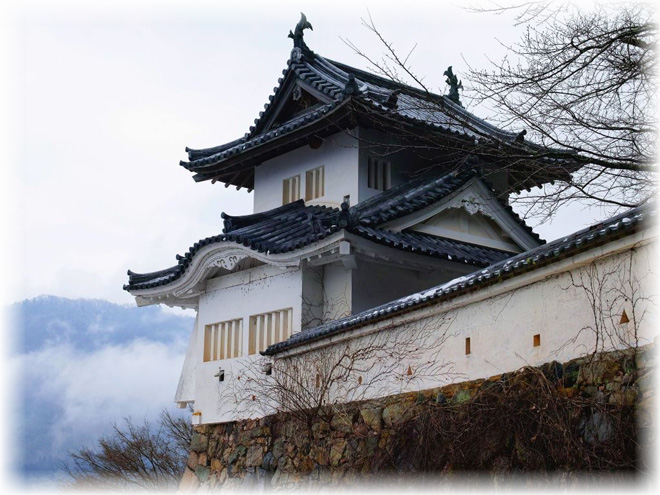 As I mentioned at the beginning of this article, the weather and Covid prevented me from not only going to Izushi castle in August, but will affect JACOTA visits for a while in the future. The typhoon season in Japan is from May to October, and peaks in August and September. The State of Emergency for many prefectures in Japan, including those in the Kansai area, is now activated until the middle of September, but will probably be extended until the later part of this year. Because of these two reasons, unfortunately I will be taking a break from visiting castles, taking pictures, operating ham radio and writing JACOTA articles for a few months. I really look forward to when things become a bit more normal and then I will take you along for more visits to historical castles to operate ham radio. Until then, take care, be safe, and all the best 73!